Your Next Smartphone May Have a Diamond Screen That's 'Virtually Unbreakable'

An Illinois-based technology company is testing a diamond smartphone screen that it claims is six times stronger, 10 times harder and runs 800 times cooler than the leading competitor's glass. The revolutionary nanocrystalline diamond material is said to be "virtually unbreakable." 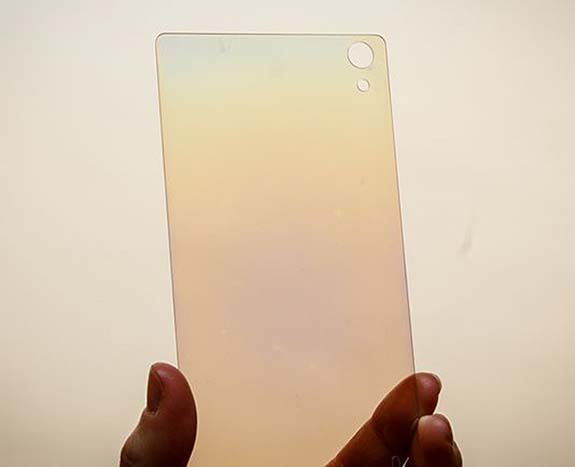 Diamond is the hardest substance known to man and the only thing that can scratch a diamond is another diamond. Still, despite their hardness, diamonds can be brittle. A diamond struck by a hammer, for instance, will shatter.

Akhan Semiconductor has solved this issue by arranging the diamond nanocrystals in a random pattern to help lower the probability of the screen fracturing. The company claims the new screens are virtually unbreakable and shatterproof.

Akhan Semiconductor is partnering with an unnamed smartphone company, which is currently putting Miraj Diamond Glass through a series of tests. Among the issues being worked out are reducing glare and ensuring that the diamond material can respond to the touch. The company is also studying how Miraj Diamond Glass performs when applied as a top layer to other materials, such as conventional glass or Gorilla Glass.

In the past, phone makers have experimented with sapphire crystal screens. Sapphire is the second-hardest material (rating 9 on the Mohs scale, while diamond rates a 10). The maker of Miraj Diamond Glass claims that the nanocrystalline diamond is superior to sapphire not only because it is harder, but because it can flex to a greater degree.

If testing goes well, expect diamond smartphone screens to hit the market in high-end devices by 2019.