Victoria's Secret models Adriana Lima and Alessandra Ambrosio will be wearing a combined $4 million worth of scintillating gem-embellished lingerie when they headline the company’s televised fashion show in London on December 9 — an event that will be seen in 200 countries. 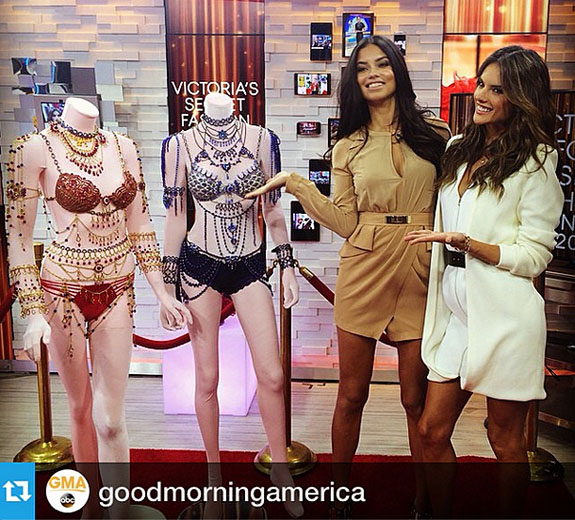 For the first time ever, Victoria’s Secret revealed two bejeweled Dream Angels Fantasy Bras, effectively doubling the “wow” factor of their annual super-high-profile extravaganza. The bras were seen for the first time on Monday’s edition of ABC’s Good Morning America. 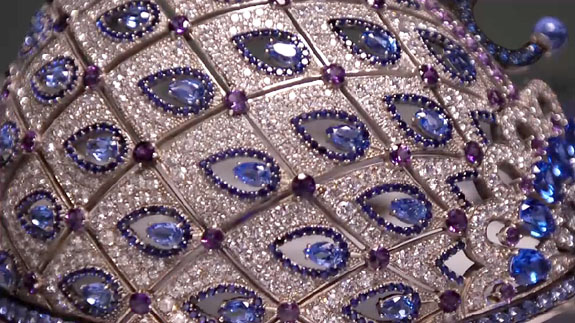 The blingy bras and accompanying body adornments for the arms, legs, stomach and neck were designed by Mouwaud and took a combined 1,380 hours to fabricate by hand. Victoria’s Secret says that the designer was inspired by “the magic of faraway lands.” 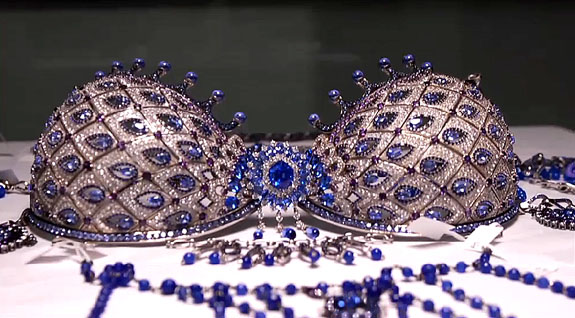 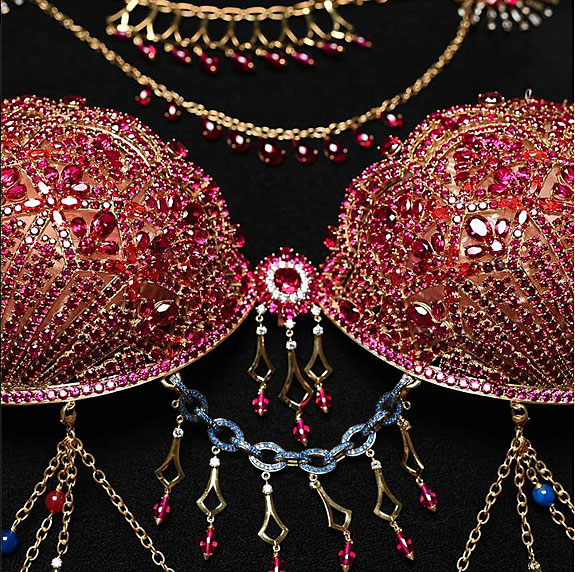 Both bras are priced at $2 million and are for sale on the Victoria’s Secret website.

Those looking to see these bras in person will get a chance from November 13-16 at the Victoria’s Secret store in Las Vegas’ Fashion Show Mall. On November 13, both Lima and Ambrosio will be on hand to take photos with fans.